The Kurdistan Regional Government (KRG) has decided to quarantine 400 12th grade students who are compelled to travel to Duhok for taking part in the baccalaureate exams (national curriculum exams for 12th graders meant for gaining access to higher education). The students have to travel to Duhok because KRG’s Ministry of Education has refused to send the exam questions to Shingal.

The two KRG decrees force the 400 students from Shingal to travel to Duhok days before the exams are taken and be quarantined for 48 hours. The students have to find a place to stay where they have to go in quarantine. Costs for lodging and other expenses have to be paid by the students themselves.

Suham Yusif, a 12th grade student at the Barkhodan school in Sinuni, a small town in Shingal region, told KirkukNow that “we were informed through our school that KRG’s Ministry of Education will not allow exams to be held in Shingal and that we have to travel to Duhok. But this is very difficult for us and [for some] impossible, because we have to pay for lodging and food ourselves.”

Suham is attending the 12th grade for the second time (a common practice by students who don’t get satisfactory grades to be allowed into their desired faculties at public universities). Last year she had to stay in Duhok for 15 days and had to spend 200,000 IQD (about 170 USD).

“It is a great injustice what they do to us: if the Department of Education in Duhok refuses to send the [exam] questions to Shingal, then they should scrap 12th grade altogether. I don’t know how I am supposed to find the money to pay for the costs of those days [staying in Duhok].” 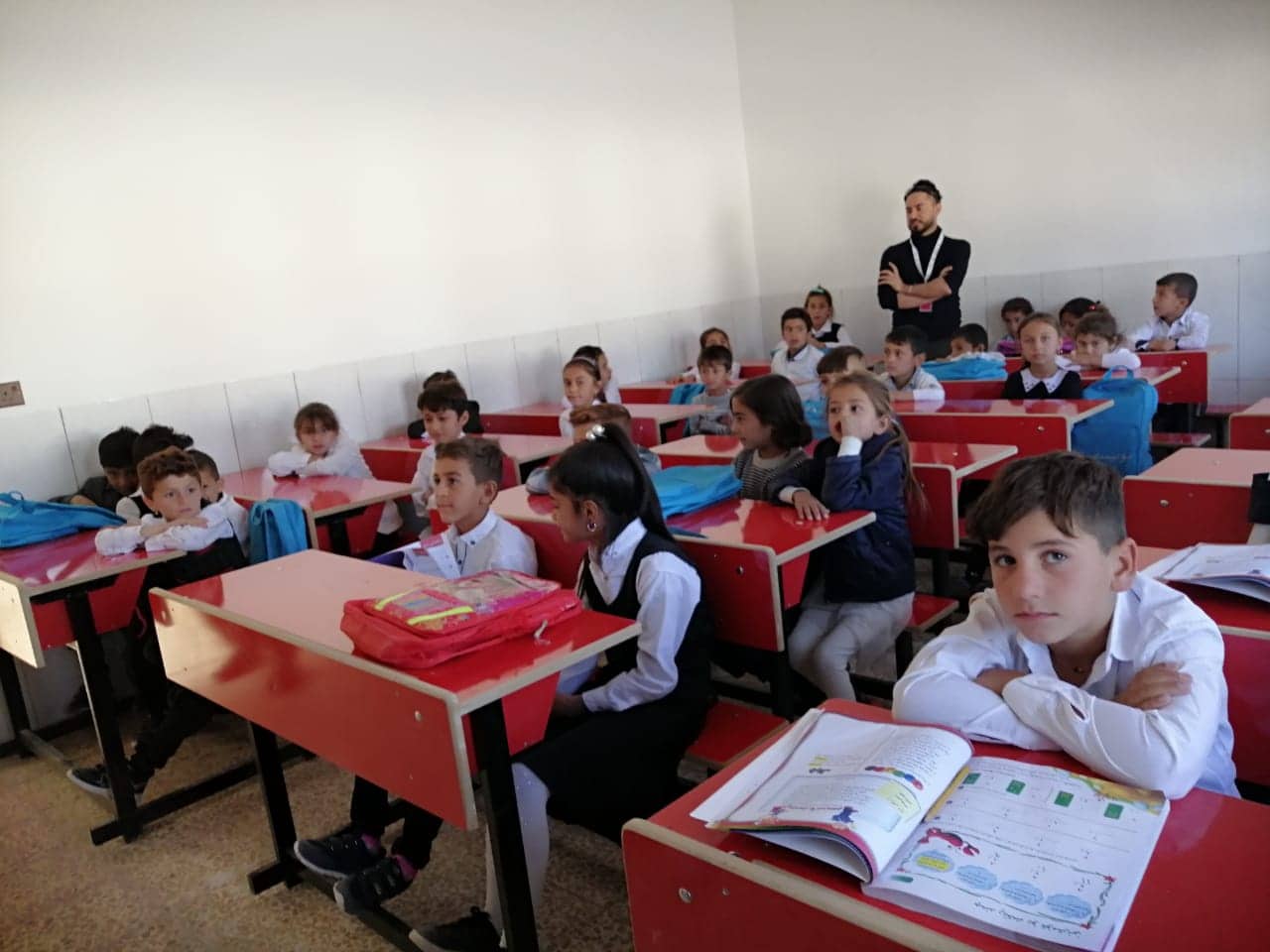 Shingal, 2019 - Children restart their education at the first renovated school at the Gir’wez district. Photo courtesy of Youths Bridge org

Khairo Malo, another 12th grade student, has managed to put 400,000 IQD (about 340 USD) to be able to go to Duhok and take part in the exams.
“The director of our school told us that we will be put in quarantine for three days on your own costs. I am compelled to rent an apartment until the exams are done,” Kahiro said.

On top of exam stress, 12th grade students in Shingal now have to deal with the stress of finding money they need for the travel and lodging costs. The exams for different subjects are held on different days and the process can take up to two weeks. This year the students have to stay at least 15 days in Duhok, for which they need at least the equivalent of about 170 to 340 US dollars.

Kamal Hasan, director of Sarkawtn school in Sinuni district says that “all exam necessities are available here: space, supervisors, etc. The first semester exams have been held here for years without complications. “I know several students in Shingal who can’t afford travelling to Duhok and probably their study efforts of this year will go to waste,” said Kamal.

The reason the Duhok Education Directorate has given for refusing to send the exam question is the fear that they would be leaked.

Maysar haji-Salih, director of Shingal Department of Education (which is based in Duhok), said that “all the students have to come to Duhok and stay in quarantine for 48 hours. The costs for the quarantine have to be paid by the students themselves. The government will not reimburse them for anything.

“We held a meeting with the General Director of the Duhok Department of Education on this issue and submitted to him the names of all the students, so that the Ministry of Interior and Duhok Crisis Committee would grant them at the checkpoints,” haji-salih added.

haji-Salih also said that “we don’t want to create so many issues for ourselves either and want for the exams to be held in Shigal, but we don’t have offices there. And there is fear that the questions would get leaked or stolen. That would put us in great trouble.”

Villagers in Garmiyan quit farming and work for oil companies

Fate of missing members of the Shabak community still unknown

Her name means “stranger” for a tragic reason